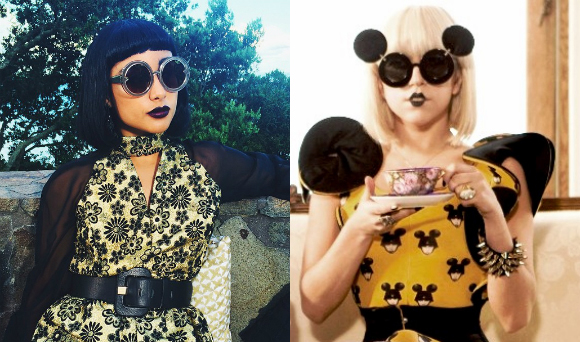 History of round glasses

One of the earliest etchings of eyeglasses, dating back to the 13th century, shows some studious clergyman in some ancient monastery squinting at his parchment from behind a pair of round framed specs. Later, in the early 1600s, a portrait of that well known cardinal, Fernando Niño de Guevara, shows him sporting yet another pair of circular frames. Of course, these early varieties wouldn’t exactly fly off the shelves today. They often lacked temples, needed to be held by hand, and were either made of leather or weighty metals like lead and iron. It could be said that the glasses of yesteryear weren’t the best lookers, but they didn’t need to be. They were purely functional, the reserve of a studious and god-fearing elite.

By the turn of the 20th century they were more affordable, more accessible, and more in demand. It was round frames’ time to shine. Throughout the roaring twenties, and into the slightly-less-roaring thirties, rounded glasses could be spotted on the melons of the first wave of celebrities, the bright young things. Modernised, pimped-up, and sometimes even plated in gold, the rounded proto-specs of history soon found they’d been catapulted into the limelight of the modern day. No longer were they unsightly eyesight aides; stylish specs were now a must-have accessory, and rounded frames were leading the charge.

The style of vintage round glasses

And it’s the fact that this classic style can still conjure up an image of refined, studious authority that’s meant round framed specs have never strayed too far from the frame style peripheral. It’s why they’ve been the choice of thinkers and visionaries alike. Think Churchill, Gandhi, Lennon, Jobs.

Most importantly, though, it’s why the frame style is coming back in a big way almost a century after its first foray onto the frontline of fashion.

Most importantly, though, it’s why the frame style is coming back in a big way almost a century after its first foray onto the frontline of fashion.

They can finish off a look with a stamp of intellectualism, or they can invoke a sense of care-free psychedelia. Every fashion girls and boys must have several round pairs in the closet!

SEND ME A COUPON

Thanks, Your code has been sent to your mailbox

*We will never share or sell your personal information, you can unsubscribe at any time.
Contact us: service@leoptique.com
Free Shipping
Over
$59
30
Days
Free Return
×