1. What is blue light

In 1958, J. Woodland Hastings and Beatrice M. Sweeney tested the ability of different wavelengths of light-corresponding to different colors-to shift the circadian rhythm in the photosynthetic marine dinoflagellate Gonyaulax polyedra. The greatest power to reset the organism’s daily meter lay in the blues, with a precipitous decline into the greens and a modest boost in the reds.

Sunlight is the largest source of blue light. Besides, there are many other sources: 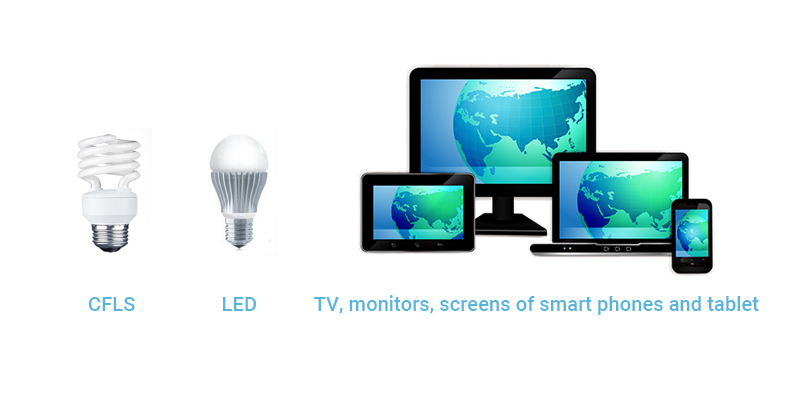 Early in 1966, Nell and someone had research findings that exposure to blue light can have damaging effects on retina, which would cause diminution of vision, even blindness. And the short-wavelength blue light between 400nm- 450nm have the most damaging effects.

At the annual meeting of International Light Association in 2010, the world top optical experts consistently point out that short-wavelength blue light has extremely high energy, which can penetrate lens until to retina. It would produce free radical when the retina being exposed to blue light, and the free radical could cause the death of retinal pigment epitheliums. And then the light-sensitive cells will be lack of nutrients, which lead to Visual impairment, and it is irreversible.

It would cause visual fatigue, and then hurt the retina and fundus macula when exposed to blue light. Song shuguang said “Prolonged exposure to blue light can expedite the aging of retina over time. And the macular region is an important region of retina, which is at the bottom of the inside eyeball, and have close relationship with vision.

The lesions, degenerations of macular region threaten the vision directly, and it is irreversible disease, which can hardly be cured. For the time being, the older people are the ones may have this disease mainly. But watching the screen for a long time makes eye dry and sore, cause dry eye and diminution of vision, which would easily give rise to the aging of macula in advance.

Too much blue light exposure (via smart phone, tablet computer and computer) late in the night would influence sleep and wake cycles, cause sleep problems and daytime fatigue.

Retina damage: the retinal cells can be damaged under prolonged blue light exposure by research findings. This would cause vision problem, like age-related macular degeneration.

About 80% US adults use digital devices over 2 hours daily, nearly 67% of them use 2 or more devices at the same time, 59% of them say that they have symptoms of digital-eye-strain. 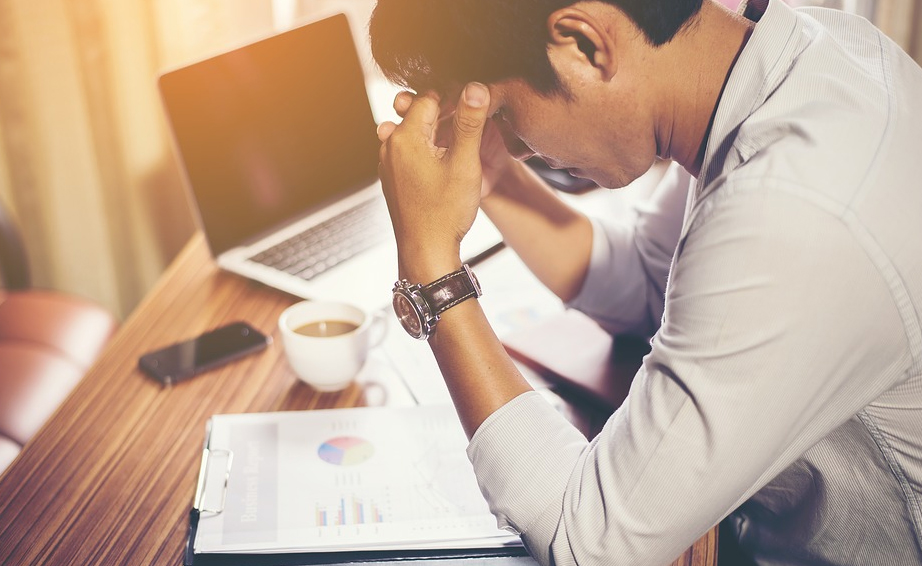 3. The function of Blue Blocker lenses

2.Reflections of coating: Add coating to the lens surface, reflect the harmful blue light via coating, in this way, block the blue light and protect the eye.

3.Absorbing of base materials Reflections of coating: This technology mixes the advantages of the above two technologies, which has double protections doing both.

The Blue Blocker lenses are suited when watch TV, computer, PAD, hand phone and some LED digital display devices. But in daily life, we do not recommend to wear Blue Blocker lenses for a long time, as these lenses filter some blue light which would make things a little yellow when looking through. And we advise you to buy two pairs of glasses, one pair of regular glasses for daily life use, and one pair of Blue Blocker glasses for watching computer and some LED digital display devices. Plano (Non-prescription) Blue Blockers are popular among Non-myopic users. They use these glasses for computer work specially, and it becomes a fashion gradually.

5. The advantage of our Blue Blocker lenses

6. The test of Blue Blocker lenses

7. How to protect the eyes from blue light damage

The period to watch TV: Please try to reduce the time used in front the screen, or take a rest regularly to let your eyes have a break.

Filter: Screen filters can be used for smart phone, tablet computer and computer screens. They reduce the blue lights come from these devices, and these devices can reach our retina of eyes.

Computer glasses: Wear computer glasses with yellow lenses, which can block blue lights and increase contrast, and it is helpful to reduce the fatigue of digital-eye-strain.

Anti-reflective lens: The lens with anti-reflective coating can reduce glare and increase contrast, it also can block the blue light from light and digital devices.

Use a dim red light as night light. Red light can change the circadian rhythm, while the ability to inhibit melatonin is least.

Do not look at bright screen for two or three hours before bed.

If you are on night work or use many digit devices at night, please consider to wear blue blocker glasses, or install an application to filter blue/green wavelength at night.

Exposure to abundance of bright light at daytime will enhance the ability to sleep at night, also your mood and alertness at daytime.

SEND ME A COUPON

Thanks, Your code has been sent to your mailbox

*We will never share or sell your personal information, you can unsubscribe at any time.
Contact us: service@leoptique.com
Free Shipping
Over
$59
30
Days
Free Return
×